Hassan Foundation reconstructed a high school attended by 350 students including 50 girls in Dapoor Lower Dir, and a primary school in Maidan, Lower Dir. These schools were destroyed by terrorists in 2009.

Hassan Foundation provided a months supply of food to over thirty-five hundred people displaced from North Waziristan during the army operations. Hassan Foundation’s volunteers were the first to arrive on the scene to help these IDPs. Utensils, water and personal hygiene supplies were also provided to these families.

Support continues for widows and orphans as well as scholarships for deserving students.

A vocation center for women ( sewing center) started in Village Chaan Meeran near Lahore. This is the second center for women. The first one is in Sindh. A third center will start in Mansehra soon.

Plans are underway for reconstruction of another high school in Lower Dir.

750 girls come from the surrounding areas to attend this secondary high school . Some of them walk 2-3 KM in the mountains. Last year school was closed for forty eight days due to inclement weather. Four hundred of the students are in classrooms without a roof.
The reconstruction will include installation of new roofs, construction of extra classrooms to create enough covered area for all the students and building restrooms for students and teachers. A rain water harvesting system from the roof tops will be created to supply water to the restrooms.

A computer lab will be created to enhance the curriculum.

Close the gender gap.
Hassan Foundation will facilitate higher education for the young ladies with aspirations to become educators, doctors, nurses, engineers in all fields and most importantly to become educated mothers of the future and become the pillars of strength for a society free of discrimination, terror and poverty. This can be accomplished by procuring scholarships and sponsorship for deserving students by philanthropists.

Approximately $50/month will enable a student to go for a college education.

Hassan Foundation is exploring the possibility of starting a pilot project for Water in Thar. 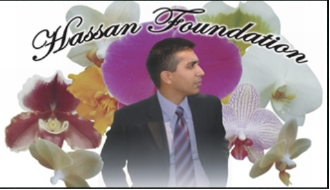 BE AN INFORMED DONOR